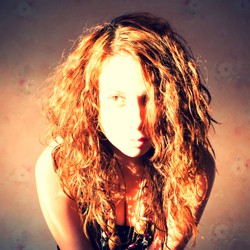 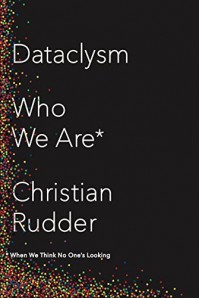 “I’m taking something big - an enormous set of what people are doing and thinking and saying, terabytes of data - and filtering from it many small things: what your network of friend says about the stability of your marriage, how Asians (and whites and blacks and Latinos) are least likely to describe themselves, where and why gay people stay in the closet, how writing has changed in the last ten years, and how anger hasn’t. The idea is to move our understanding of ourselves away from narratives and toward numbers, or, rather, thinking in such a way that numbers are the narrative.”

Dataclysm takes the recent phenomenon of metadata and mass surveillance and attempts to present a different side of it: it can be used to control people, but it can also open up unprecedented opportunities for research, history and understanding human nature.

The author, Christian Rudder, is a mathematics major and one of the co-founders of online dating site OkCupid. He decided to take the massive amounts of data they’ve amassed over the years at his website and try to make some sense out of it. In his quest to understand humanity (or at least the part of it that’s online, and mainly in the US) he also enlists the data collected and made available by other companies, including Google and Twitter.

His style of writing is conversational and unflinchingly honest (the chapter at the end, where he writes about the fallacies and shortcomings of data and research, should be included in every non-fiction book out there). He tackles topics that are usually deemed too sensitive for people to talk about, including hidden attitudes towards race, gender and sexual preferences. He also seems to have a balanced view of the possibilites of metadata - the good, the bad and the ugly - for someone who makes his living off it. He does try to paint an overall positive picture, but doesn’t gloss over the negative consequences (for example, at one point, he says that big data is very good, specially for companies and institutions, not so much for the common person), which keeps the book from turning into a preachy “big data is great!” manifesto.

(As far as I’m concerned, I disagree with his view that the positives outweigh the negatives.)

The themes are a little all over the place, as if he wasn’t quite sure what he wanted the book to be about and just picked the findings that would be more popular, with a strong emphasis on romance (which is not surprising, given the author’s line of work). But it never seems over-stretched, as is often the case with non-fiction books.

Recommended if you’re at all interested in big data, surveillance, psychology and pop science.